The Sambla and their talking xylophone 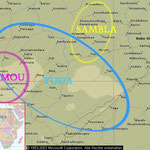 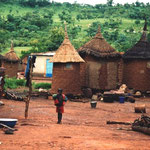 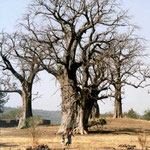 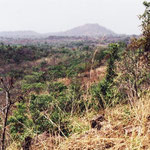 My people, the Sambla live in 12 villages on the border between the Mande and the Gur cultures in the Savannah Region of West Africa about 50 km westwards of Bobo-Dioulasso in Burkina Faso. This area is a colourful mosaic of tiny, dispersed and little-known Mande and Gur cultures with archaic characteristics, like Sambla, Tusia, Sya, Semu and Tyefu. The language and culture of the Sambla with its archaic characteristics has hardly been researched and will probably disappear before the world takes any notice of it. The Sambla are crop farmers planting millet, corn, peanuts and cotton. The climate is extremely dry and hot and the ground is hard and stony. There are no passable roads and no electricity. As the use of agricultural machinery is almost impossible their yields are very minimal leaving them extremely poor. 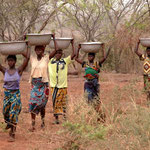 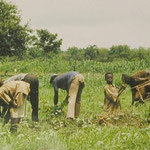 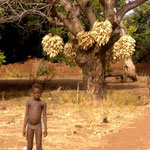 However, as far as music is concerned, the Sambla are unimaginably rich. Each village, each important family and every profession has its own piece of music which functions like a coat of arms. Music is composed for every important occasion. Any work carried out by the village community is accompanied by music. The most striking feature of this music is the rich ornamented virtuous xylophone solo. You could say that it speaks! What outsiders consider to be beautiful music is in reality the Sambla language transposed into music. The children learn this musical language simultaneously to their spoken language. We can tell everything verbally expressible with the tunes of the xylophone. Without opening the mouth we can tell our stories, report on current events, chat with the people around, mock people who annoy us, and even flirting. The following is an example of a man-xylophone dialogue:

As far as I know, none of the other great xylophone cultures of the world (Cambodia, Indonesia, Mozambique, Uganda etc.) have xylophones that speak. This phenomenon is only found among these tiny enchanted cultures in West Africa. 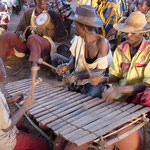 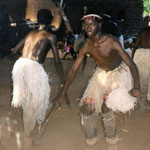 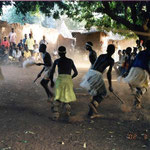 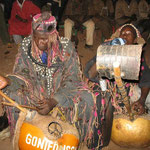 Jazz experts find the tonal system particularly interesting as it has close affinities with the "Blues" pentatonic tunings.

The notes could be played on a piano in descending order as F', D', C, A, G#, F - whereby G# sounds like the 2nd blue note. (For us Sambla this G#, called "jo-ban-den", represents the voice of the spirits). This tonal system, however, does not employ the same interval organisation as the European diatonic scale. It is based on a speech-driven selection of harmonics over a base tone, which is F in this example, and comes, I believe, from the formants of the human speech, precisely from the 5 vowels of the Sambla language. (Due to the different shaping of the mouth each vowel has its own particular sound spectrum.)

The music shows other similarities to the American Blues too, like off-beat phrasing, swing rhythm, melismatic singing. The same tonal system and musical style were documented in the 1960s by Gerhard Kubik ca. 2000 km eastwards among the Tikar in Central Cameroon. The huge geographical distance between these peoples and their isolation suggest that this tonal system and style have existed for several centuries in Africa.  Any influence on this music from America can be excluded because this music precedes the American blues, and also because of the close ties between the music and the daily activities.

The general feature of the Sambla music reminds of the Chaconne or Passacaglia (variations on a permanently repeated "basso ostinato"), that were prevalent in the compositions of Frescobaldi, Buxtehude, Couperin, Händel and Bach in the 17th and 18th centuries. In Africa, two or more ostinato patterns are used simultaneously. The audience, however, does not recognise the distinct parts within the texture. In the contrary, disoriented by the interlocking technique (the instrumental parts are connected together like cog-wheels to create a dense, melodic and rhythmic composite) the audience may actually perceive several, seemingly independent melodic-rhythmic patterns in diverse pitch areas: these have been referred to as inherent patterns. These perceived patterns are not played by any single musician, but they do exist within the combined parts, and it is the intention of the composer that we hear them.

There are two kinds of the Sambla xylophone called Ba. The portable small one with 19 keys played by one musician is used for entertaining the workers, the big one with 23 keys played by three musicians is for festive performances. A senior musician called "Ba-tsin-gyera-bre" plays the solo in the high register. He tells the story, he communicates with the audience. On his left side the "Ba-anya-bre" completes and comments the solo in the bass range and interacts with the second supporter. His part is more difficult than the parts of the two other musicians. He is the main actor in the music for the spirits like "Ji te so"

(on my CD Keneya). On the opposite side of the xylophone the "Ba-le-kpan" plays (or rather tells) the basic ostinato – a single word or a name, a phrase or a complete sentence - with a constant speed to give orientation to the "free flying" soloist, the dancers and workers. Several different accompaniments exist for the same composition in diverse technical grades. They will be chosen depending on the abilities of the musicians and according to the occasion.

I am proud to be the founder of a free school for kids in need in Burkina Faso. Find out all about it and support Sababu